In a land kissed by dappling golden sun with a gentle breeze weaving through the leaves of the trees, Daniel B. Oladejo was studying hard. He was about to gain his degree in Urban Planning but the rest of his life stretched out in front of him, like a yawning great plain with several turnings but very few signposts. Daniel had no idea which path was right for him.

While figuring out his options, he met a man who worked as a Senior Executive for the Economic Community of Western African States. After a short discussion with him, Daniel left with a heavy bag of advice, inspiration, and clarity. He finally realised that the road to his future was paved with making the world a better place, in whatever way he could.

Migrating to a land of green pastures and a cooler clime, Daniel enrolled in a MSc course in Impact Assessment and Management, which led to him clinching a position as a consultant with the World Bank. Assigned a climate risk project back in the land that had given him so much, Daniel began to wonder whether dedicating his life to planning and executing these important, valuable projects was his true calling. Delving into sustainability issues further, Daniel became a Chartered Environmentalist, which involved yet more vital world-saving projects and programmes. In time, he became a project delivery consultant, a career which led to him planning and working on government EU Exit programmes and assisting a large retail outlet to deliver a digital project overseas.

One day, Daniel caught news of a horrific tragedy back in the sun-blessed land in which he’d studied and discovered his path. 16 young people had been killed at an event that was designed to help them cultivate careers and look forward to a bright future. Although only a few thousand job vacancies had been available, hundreds of thousands of people had shown up and the crowds had proved deadly. The unemployment levels were sky-high and competition for work in this beautiful but poverty-stricken land, was literally fatally overcrowded.

Daniel knew that he had to do something to help the situation. Pooling together his passion for helping people along with his love of planning and managing new projects, he designed a course that could be delivered via a magic known as the Internet. The Internet magic made it possible for Daniel to teach young people in faraway places about sustainable development, which he knew to be a valuable, booming industry. He named his new initiative Global to Local Solutions.

One big problem that Daniel identified was that young people in poor lands had no idea how systems worked in the richer, more developed world. So, he sought to share his own knowledge, gained through his project work in these under-developed nations. He was passionate about plucking these young people out of the perpetual cycle of poverty by encouraging them to look at the big picture with a focus on what he knew best – applying the principles of sustainable development in an Information Technology world.

But then the world came to a stand-still. A vicious virus was sweeping the globe and the people retreated to their homes. The mystical ways of the Internet now powered the working world, so Daniel took this opportunity to kickstart his plans to build on a project developed years before and deliver his knowledge to the young people in need of it. After much discussion and planning with credits to Emmanuel Taiwo, Amarachi Stanley-Duru, Yinka Obanimi-Oyekanmi, Emmanuel Bolade, Tosin Olulana, Chuks Okereke, Olusegun Mokuolu, Michael Kehinde, Eyitayo Taiwo, Bolanle Igure, Olatunde Awe, Kelechi Nnoaham, Jide Jaiyeola, Sola Akinrolabu, Godwin Okonwo, Ayomide Adegebo, Oladele Atoyebi, Eyitayo Olaleye, Tayo Falana, Akin Dunmiju, Tunde  Dawodu, Simon Aldersley, Babasola Feibo, Glocal Networks was born. 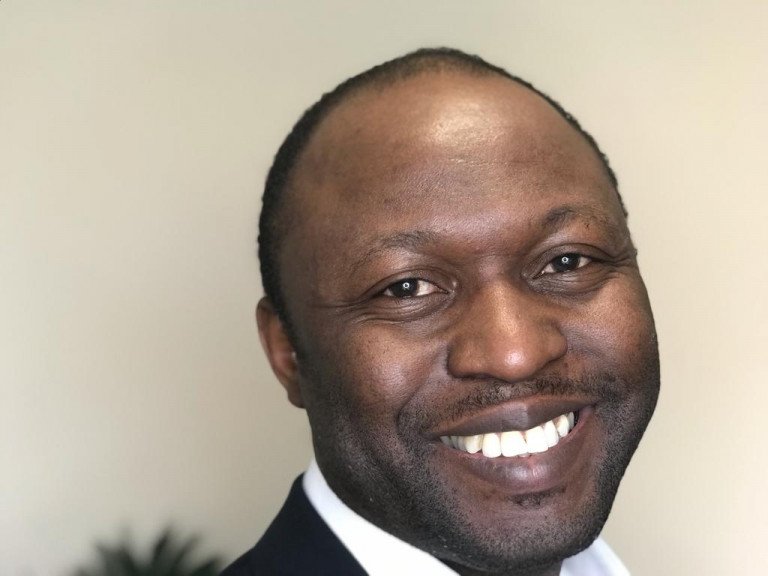 Thinking back to the conversation that he’d had with the Senior Executive, Daniel longed to give graduating students who were struggling to clarify their future that same, enlightening experience that he’d had at his own crossroads. By creating Glocal Networks, he found a way to connect knowledgeable and experienced mentors with the young people who could benefit most from their insights. As well as mentees gaining invaluable advice, mentors could give something back to the world and inspire the next generation.

Operating a tailored matching system, Glocal Networks guaranteed that each and every mentee would be paired with a mentor that made for the best mutually beneficial connection. Daniel’s course on sustainable development was also made available at a discounted rate for mentees and Glocal Networks offered businesses the chance to partner with them to demonstrate their social responsibility efforts.

Holding integrity, trust and good results in high regard, Glocal Networks was well on its way to becoming the best, most reliable and successful platform for connecting mentors with the young people who needed them. By facilitating mentoring sessions and vastly improving the prospects of those who had none, a project delivery consultant named Daniel, finally brought his dream of making the world a better place, to life.